Leaders of the area will deepen on inclusion and gender equality

San Jose, Costa Rica. With the motto “Inclusion Competitive Advantage,” the Forbes Forum for Powerful Women arrives at Central American. The event will take place in Costa Rica and will gather the area’s prestigious decision makers, who will share their experiences, training, desires of entrepreneurship, and obligation to transcend.

According to the Global Gender Gap Report, there still is an average 32% gender breach. Costa Rica ranks 22 globally on this subject; however, regarding equal opportunity and economic participation, the country ranks 105. This initiative aims to create these opportunities and reduce the gap in the region.

At the discussion forum, women from different industries will address subjects related to the good practices on inclusion and gender equality initiatives at companies, the economic benefits that female talent brings, the progress of inclusion, and the transcendence of women in the last 5 years.

The Pact for Equality will be signed at the event, in which important leaders of the country and the region will commit to rive actions and public policies that promote better conditions for the development of women in every field.

Internationally, the activity will count on Jimena Almedares’ participation, one of the 100 renowned women in Silicon Valley, and the first Latin American woman to receive this distinction. The activity will also count on the participation of the first indigenous actress nominated to an Oscar, Yalitza Aparicio, and Eugenio Gómez, director of the Research Center for Women in Senior Management, IPADE.

More than 350 women will participate on the event, mainly businesswomen, entrepreneurs, and decision makers for the development of their companies and the economic contributions of Costa Rica. Those interested in attending the event can get their ticket on YAPPX or participate via streaming on Forbescentroamerica.com 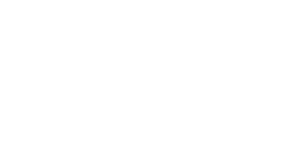